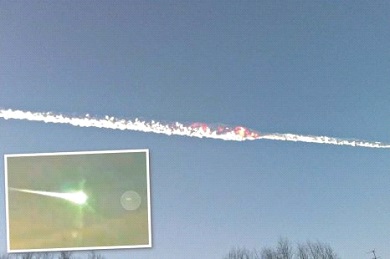 This special message is addressed especially to all those who, over the course of time, have directly and actively participated in the paranormal invocations which were performed in unison by thousands of aspirants and supporters of our Yoga School (M.I.S.A.). Within these collective actions which were done in unison in countless locations on planet Earth, we asked (as we all know) for help from the advanced beneficial extraterrestrial civilisations in various beneficial ways both for humankind and for planet Earth. As we can recall, on that occasion we invoked in unison the help of the members of the Supreme Galactic Council for humankind and for planet Earth. All these actions, attentively arranged by us all (and which are and remain extraordinary in their kind through the record number of participants) have been and continue to be for now some unique actions (of this kind) on planet Earth. It is important to note that originally these actions were inspired by a well-known extraterrestrial message which we again offer to you to read for those of you who haven’t yet studied it.
The most recent invocations of this type, which distictly addressed both the beneficial extraterestrial civilisations and the members of the Supreme Galactic Council took place – as we all recall – in the night of 1st to 2nd January 2013. The 12th invocation was addressed by all of us in unison to the Supreme Galactic Council and the 13th invocation was addressed to the beneficial extraterrestrial civilisations. On that occasion – we should admit – none of us could anticipate how important the respective invocations, done by all of us in unison, would become in the near future both for planet Earth and for us earthlings.

Only later on, after 15th February 2013 could we realize that in fact as a follow-up to these collective invocations we all contributed indirectly (but still to a considerable extent) to the salvation of planet Earth from a TERRIBLE APOCALYPTIC EVENT which, in absence of the immense help which was offered to us (at the right moment) by the extraterrestrials, could have taken place on Earth when an immense meteorite with a weight of approximately 7.000 tonnes was going to hit the planet’s surface on 15th February 2013. 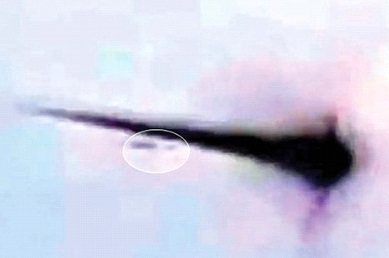 The UFO is getting closer to the meteorite

We incline to believe with an unshakeable faith that the respective paranormal invocations, which we did, fully contributed (in a specific way), together with all the other invocations of the same type which were performed by all of us in unison in the period preceding the date of 21st December 2012, to the avoidance of a severe apocalyptic event which – in absence of our invocations – wouldn’t have provoked this beneficial and grateful reaction from the side of the beneficial extraterrestrials. 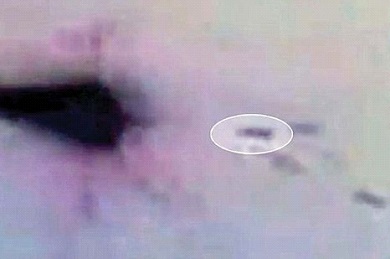 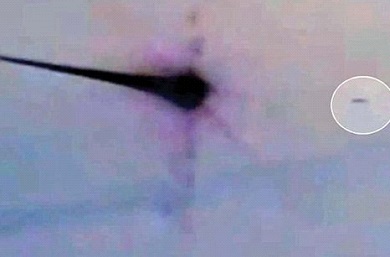 The meteorite explodes and the UFO distances itself and disappears

To all of us it is obvious that the extraterrestrials answered to this collective request which we formulated on that occasion and helped us in a dramatic moment allowing us in this way to avoid a fearful apocalyptic event which obviously could have had severe long term consequences on planet Earth and upon us earthlings. More to the point, the respective meteorite with a weight of over 7000 tonnes (7 000 000 kilograms) and which was moving at a speed of more than 35 000 km/h (10 times faster than a rifle bullet), was going to collapse in Russia above the location Chelyabinsk. This meteorite, which was on its way to fall in that town in Russia, could have devastated the planet if a moment right before the collapse on planet Earth, an unidentified flying object (a UFO belonging undoubtedly to an extraterrestrial civilisation) hadn’t blown it into pieces of stone, in this way extraordinarily diminishing the effects of its destructive impact.

Afterwards, based on accurate analyses of the video material, one could see that the respective meteorite was made of rock from outer space and it exploded somewhere above Chelyabinsk in Russia. In this way the severe apocalyptic effects of its impact could be avoided. From this research some shocking conclusions were formed: it became obvious that the meteorite could have triggerred an immense cataclysm on our planet if it hadn’t been hit – with astonishing precision – by an unidentified flying object (UFO) which made it explode before colliding with our planet (Terra). For us it is also bewildering the fact that this moment, that was dramatic in its own way, was recorded on video by some amateurs and these are aspects revealing unique and puzzling synchronicities; this makes us believe that the extraterrestrials influenced those beings to record that moment through remote influence, in a telepathic way, and this remains at the same time a significant proof of that extraterrestrial intervention which proved to be beneficial for planet Earth. As a follow-up to this extraordinary help that was given to us by the extraterrestrials, the meteorite which was going to affect planet Earth in a terible way was hit and crushed into pieces and after the aided explosion, there was a shock wave that destroyed more than 100 000 square meters of glass, affecting around 3 000 buildings in the town of Chelyabinsk.
Consequent to the explosion of the meteorite, produced undoubtedly only due to the extraterrestrial intervention, approximately 1 100 beings were in need of medical help and 48 of them had to be hospitalized. Several injuries and wounds were made by the pieces of glass.
Shortly afterwards, there appeared fervent debates on the internet on the topic that obviously planet Earth was saved from a severe apocalyptic event by a UFO which acted at lightning speed so that it smashed the meteorite before it could directly impact the crust of our planet (Terra).
Recently, divers located pieces of the meteorite in Lake Chebarkul from around the town Chelyabinsk. 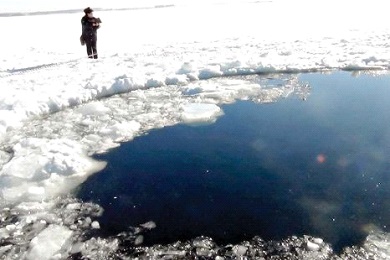 Fragments of the meteorite have been found in Lake Chebarkul

Estimations done afterwards indicate the fact that the meteorite, with a weight of approximately 7000 tonnes had approximately the dimensions of a motor-bus. Based on the existing recording it was concluded that the respective meteorite exploded in the atmosphere with the force of approximately 30 of the nuclear bombs that hit Hiroshima.
On the same day there passed close to our planet, at a distance of approximately 27 700 km the asteroid 2012 DA14 with a weight of 180 000 tonnes and with a diameter of over 50 meters. Referring to this aspect we all ought to remember that our Planetary Program of Urgent Action NO APOCALYPSE has proved for the first time its usefulness and its help for planet Earth. We remind you that the respective Planetary Program NO APOCALYPSE was initiated within this YOGA school (MISA) ever since the month August in the year 2010 and it is accessible on the internet on the following addresses, and is translated into several languages.

It is meaningful to note that both at the launching of the respective program of the MISA Yoga School, significantly entitled The Planetary Program of Urgent Action NO APOCALYPSE, both the Romanian mass media and the international mass media ignored or completely passed over in silence this program which now and here has for the first time proven its efficiency. Irrespective of whether they want to or not, even the skeptics, as well as those who despise this spiritual school of YOGA (MISA) will have to acknowledge (if capable!) that they themselves were also saved as a result of these actions which were performed in unison by those systematically applying this Planetary Program of Urgent Action NO APOCALYPSE.
We are certain that if there weren’t the invocations – done by all of us in unison both to the Supreme Galactic Council and to the beneficial extraterrestrial civilisations – the help of the extraterrestrials wouldn’t have appeared (if there hadn’t previously existed our global request which was formulated in unison to help both planet Earth and all of humankind on this planet).
You can be sure that just like until now, the mass media with its furious hatred towards this Spiritual School of YOGA (M.I.S.A.) will continue to keep complete silence about the obvious correlation between this beneficial extraterrestrial intervention and our collective invocations which were performed by all of us in unison (this very year from 1st to 2nd January 2013). It is not surprising at all that the Romanian mass media behaves like this towards the Spiritual School of YOGA (M.I.S.A.) about which it continues to unceasingly invent the dirtiest lies and calumnies in the desperate misinformation campaign which has been going on for decades against this school. Their aim is to destroy it by all means and to denigrate it at the behest of secret orders given from the shadows by the so-called „illuminated” to whom this yoga school is like a thorn in the side, especially due to the disturbing revelations it makes about their monstrous, criminal plans.
Taking into account the immense and obviously altruistic help which the extraterrestrials have offerred on this occasion we’ve decided already to THANK THEM IN UNISON within a collective future action which will be done in unison. On that occasion we’ll all express our gratitude first to God the Father because he made possible the salvation of planet Earth through this extraordinary intervention and then we’ll express our gratitude towards the Supreme Galactic Council and in the end we’ll all in unison express our gratitude towards the extraterrestrial civilisations which have intervened on this occasion and triggered the destruction of the respective meteorite before collapsing into the crust of our planet (Terra).
At the same time we announce you for the first time that for the Spiritual Yoga Holiday Camp in Costinesti, August 2013 we’ll prepare and we’ll put at the disposal of all of you who are interested in such extraterrestrial phenomena a booklet within which there will be presented (for the first time in Romania) cases of thoroughly exceptional paranormal healings which have been done in the course of time by the crew members of unidentified flying objects (UFO).
We are convinced that the sceptics and obtuse-minded ones who would rather die than admit the existence of extraterrestrials will find AD HOC a phantasmagoric, aberrant explanation to ”clarify” in their insane way the enigma of destroying this immense meteorite and eventually will assert that a bird coincidentally passing by used its beak to peck at the meteorite and then it caused its destruction before it could make a disaster on planet Earth; or they will pass by it in silence, pretending that this extraordinary event simply never existed.
We promise you that we’ll return later on with details when we will establish the date and time when all of us in unison will express our greatfulness in three distinct moments:
a) Towards God the Father because He saved us and has banished from us this terrible chalice of suffering
b) Towards the Supreme Galactic Council
c) Towards the beneficial extraterrestrial civilization through whose intervention the meteorite was crushed before collapsing on the surface of our planet (Terra),
yoga professor Gregorian Bivolaru